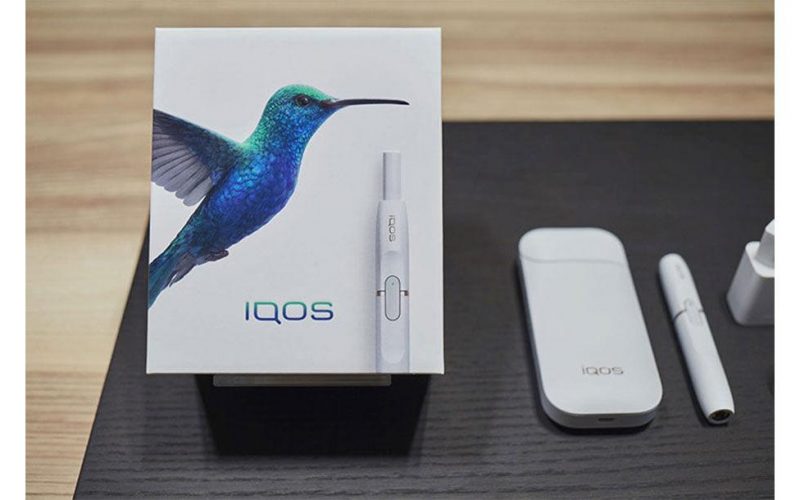 The maker of Marlboro and other cigarette brands has a new mission: getting the world’s 1 billion smokers to quit smoking.

You read that right.

Philip Morris International is trying to persuade customers to switch to its heated tobacco products, which it claims are safer alternatives because they are smoke-free.

Eventually, the company hopes, governments will regulate cigarettes out of existence altogether.

Given Big Tobacco’s long history of distortions and misleading the public, some skepticism is in order.

Although the FDA has authorized the commercialization of Philip Morris’ IQOS electronic device and is allowing it to be marketed as “a modified risk tobacco product” with “reduced exposure,” the agency said further scientific research was needed.

It also added this warning: “It is important to note that these products are not safe.”

Still, after nearly two centuries selling cigarettes, Philip Morris is staking its future on its heat-not-burn products — even as executives admit they take some getting used to and that most smokers won’t immediately enjoy them. The world’s largest tobacco company has so far sunk more than $8.1 billion into developing its smoke-free business, and IQOS is now sold in 64 countries, with an estimated 17.6 million users.

“Converting the world’s smokers is an extremely positive and lucrative business for us,” said Martin King, chief executive of Philip Morris International America. “In 10 to 15 years, we think cigarettes can be out of the market entirely — people will quit or, if they’re still using nicotine, it’ll be in a noncombustible way.”

We spoke with King about the company’s change in direction and the challenges of trying to wean customers off an addictive product (and onto another).

How long has Philip Morris been working on smoke-free products?

“We’ve been researching and trying to come up with noncombustible products and reduced-exposure products for decades. We did have several attempts with heated tobacco products that were not successful: The taste was not there; the electronics were too big.”

What was the breakthrough?

“We came up with a way of heating the tobacco with a blade from the inside that gave a much better taste and experience. The technology had evolved so the electronics were more sophisticated and could control the temperature profile of the puffing. In 2014, we finally had a product that we were confident would work.”

How does IQOS work?

“The IQOS heated tobacco system gets away from combustion by heating the tobacco in a very controlled manner to release an aerosol, which contains nicotine as well as some flavors. The idea is to create a product which smokers can switch to because of the taste and the ritual and the satisfaction, and trying to keep that as close as possible to a cigarette.”

How close are we talking?

“The taste is different from a cigarette because unfortunately some of the taste that people appreciate in cigarettes actually comes from the burning. It’s more of a matter of teaching yourself what you like.

“Once you’ve gotten that and you appreciate the new taste, going back to the old taste is very unpleasant.

“The level of nicotine delivered is very similar to a cigarette. It starts and stops like a cigarette.”

Is there scientific proof that heat-not-burn products are a safer alternative to cigarettes? If so, how much safer?

There are some constituents — like carbon monoxide, which comes from burning — which are eliminated completely. But the overall tends to be around 90 to 95% reduction (in harmful chemicals) from a combustible cigarette comparison. Those are indicators that there should be a significant health benefit. Any properly made noncombustible, whether it’s an e-cigarette or heat-not-burn or an oral product, has the potential to be greatly reduced in exposure because there’s no combustion.

It’s hard to say what that will result in as far as tobacco-related disease reduction. and that’s the part that we continue to develop the science on. The only way to be really certain is to watch what happens to real people, with real usage over time. That’s something we may not have an answer for in the near future.

(Note: Last year, the FDA said IQOS was “not safe nor ‘FDA approved’” but determined that Philip Morris had demonstrated that the device “significantly reduces the production of harmful and potentially harmful chemicals compared to cigarette smoke. Furthermore, studies showed switching completely from combusted cigarettes to the IQOS Tobacco Heating System significantly reduces the body’s exposure to 15 specific harmful and potentially harmful chemicals.”)

What are some of the other benefits you’re trying to sell consumers on?

No smoke, less odor — people who use this device very quickly notice that versus smoking cigarettes, their clothes don’t smell, their hair doesn’t smell, they don’t bother people around them as much.

Philip Morris says its focus is on converting existing adult smokers. How do you do that without attracting nonsmokers, especially underage ones?

If you walk into one of our shops anywhere in the world (in the U.S., the electronic devices are currently sold at IQOS stores in Atlanta, Charlotte, N.C., and Richmond, Va., with additional markets to be added soon), the first question you’re going to get is: Are you of age, and are you a smoker. If someone says, “No I’m not a smoker, I’m just interested in taking this up,” we say, “This isn’t really intended for you.”

Obviously somebody can go in and tell you they’re a smoker. But it is an effort to make sure people understand that this is directed toward smokers. We were always very mindful of this issue and careful about how we put these products out there and making sure that we don’t, in any way, seek to get people into nicotine — especially, of course, youth. Because we knew from our long experience with the tobacco wars that this would be a very, very negative outcome.

How is IQOS different from JUUL and other vaping products?

They’re two completely different products. The heat-not-burn product has tobacco in it and is heated to a very controlled temperature using a battery and a transfer of the heat to make sure that it doesn’t burn and reach the level of combustion. The JUUL product uses a liquid.

We do also make e-cigarettes and we think (they) can play a role in giving consumers different choices as they decide what they want to switch to when they leave smoking.

To become an IQOS user, you have to first buy the electronic device, which consists of a battery-powered holder, a charger case and a tobacco heatstick. How much does it cost?

The device itself usually sells for $50 to $100. A big first step for people is to see this as an important enough benefit to be able to decide to put out that kind of money.

How has it been going so far?

We sold 76 billion of the consumable equivalent cigarettes in the heated tobacco system last year and we’re headed toward a goal by 2023 of 140 to 160 billion units. Already 25% of our revenue is coming from these new products.

What are the biggest challenges in getting people to convert?

For most people it’s feeling like they can be satisfied and make the switch. In other words, that the taste, the satisfaction is close enough. Which is not easy. You have to stick with it for at least a week or two weeks and not smoke cigarettes in order to convert yourself on what you expect from taste. So that takes a commitment — people have to feel like they really want to do it. In many places, we have coaches to help people with that and explain the need to stop using cigarettes entirely because if they mix the two, it makes it harder.

How successful are people at converting to IQOS?

Usually around 70% make it to full conversion. Which is really high compared to people quitting smoking. We’re not advocating stopping efforts to get people to quit — I think that’s an important piece of it — but if you really want to make a difference, you have a far higher likelihood of getting that group of people to switch than you do of getting them to quit.

Sure, but as a corporation, Philip Morris clearly wants people to convert, not give up tobacco entirely.

The reality is the quitting entirely approach has not been successful enough — we still have so many people smoking. So from our perspective there’s so much to be gained by offering people these better choices and convincing them to switch, both from a public health point of view but also from the sustainability of the business. Our results are very much tied to our success in converting consumers. It’s not just an altruistic, it’s-the-right-thing-to-do-for-consumers — which is true of course — and for public health — which is true of course — but it’s also good for our shareholders. We’re doing this for a whole raft of reasons that all tie together very nicely.

The prevalence of smoking varies dramatically by country. Does that make it difficult to develop a cohesive strategy?

You’d be surprised at how much the world has moved toward very clear health warnings on all cigarettes. The old idea that somehow there are a bunch of countries in Asia or other places that really didn’t address tobacco harm, or that people didn’t know about the harm in these places, is pretty much obsolete. The world has embraced the idea and the fact that smoking is very harmful. So these products have relevance for us in every country.

What about smokers who can’t be persuaded?

What we have in mind is that at some point you have enough people converted and you’ve shown that there are viable alternatives. and then the right thing to do is for governments to step in and to help push the rest of the smokers over into reduced-risk areas … done under some sort of a regulatory scheme where you can actually phase out cigarettes and not have a huge negative impact in the marketplace, like a ton of illicit trade or people rebelling against it because you’re curtailing their freedom to decide. It’s not something we can mandate. Obviously if a smoker decides they’re not going to switch, then they have that right.

Is there a cost savings to switching?

In some countries, yes. There are some countries in Europe — in Italy for example, there’s a pretty significant tax differential. and switching, say, from a Marlboro cigarette smoker to an IQOS heated tobacco can actually save you money. In the U.S., it’s very similar in price.

If the idea is just to convert existing adult smokers, how do you make sure your business remains viable for the long term? Not to sound morbid, but eventually existing smokers will die, and then what?

For one, that’s a point very far in the future. The second piece is that’s why we’re developing this beyond a nicotine strategy as well.

We have looked of course at marijuana and we’ll continue to monitor the situation there and learn from that market. Our focus is on heated tobacco; we’ve announced, though, that we’re going to seek to develop products beyond nicotine, which would include things like botanicals and potentially respiratory drug delivery technology that piggybacks on all the work we’ve done.

What’s your hope for the next few years?

That we find at least a number of countries to lead the way and show that they can make this transformation to a smoke-free future completely. Then I think it’ll just be the dominoes falling as other countries see that this has a big benefit for consumers and public health. Once you’ve seen a significant number of countries be successful with this, I think it would be hard to stay stuck in the past. When is the last cigarette smoked on earth? I can’t tell you that. 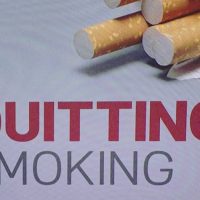 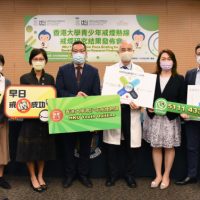 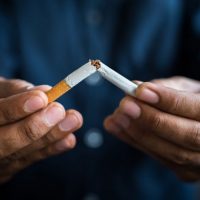 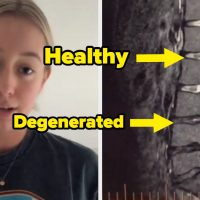