The Future Of Drug Delivery Technology

“Drugs only work in people who take them,” was the incredibly perceptive statement from the multiple-former Surgeon General C. Everett Koop (1982-1989). A patient can’t derive benefit from the modern medicines we have in our armamentarium unless they actually take them. I would extend this statement to include that, “Drugs can only exert their effects properly if their dosage form and delivery technology are optimized.”

For example, putting certain medications in oral solid dose may lead to their performance being almost totally useless if the therapeutic molecules are susceptible to degradation in the human digestive tract. This is exactly why we have delivery technologies that bypass digestion (e.g., transdermal, parenteral, intranasal, etc.).

Just as therapeutic molecules advance and evolve over time, so too do delivery technologies and their innovations. New therapies can be different from small and large molecules currently targeting the cell surface or deployed more generally in the body systemically (without a targeting strategy). These new therapies can benefit, and indeed in some cases—can only work, in situations where there is controlled release in tissues proximal to the disease or disorder, or where highly-specific targeting is required.

Here are several examples of what’s going on within the space of drug delivery technologies:

Nanoparticles are those which have at least one dimension that’s < 100 nanometers, and they are offering some great novel options for the future of delivery technology. Nanoparticulate delivery has been developing over several years to deliver therapies to targets previously thought to be “undruggable.” Nanoparticles also can allow for precision release of formulations to increase effectiveness and convenience for patients.

Oral dosages
Oral dosages have worked very well for small molecules for millennia for a variety of ingested medicinal treatments. They haven’t been as viable as a delivery mechanism for large molecules due to the biochemistry of the large molecules themselves. Protein therapies ingested orally in many ways really shouldn’t even be viable given that the mammalian digestive tract is so adept at deconstructing peptides. It’s millions of years of evolution against our best attempts to work around it. But oral solid dosage forms also present the benefits of incredible convenience for many patients.

Formulating biologics in such a way that they are stable in the gastrointestinal tract has been an area of strong renewed focus and innovation over the past many years. Certain coatings have been developed which are not labile to the strong acidic environment of the stomach, and therefore can deliver their therapeutic payload into the small intestines, where the pH is alkaline. In a similar way, coming up with excipients and mixtures that are durable in the presence of certain enzymes has also been an area of pursuit. Some of these developments include Transient Permeation Enhancers (TPEs) which protect the molecules until precise delivery moments during their gastrointestinal transit. So, while the future of drug delivery had looked down upon oral routes of administration, it’s a delivery route that’s far from obsolete.

Intranasal delivery technologies have the benefit that they are very readily absorbable, especially lipophilic drugs of low molecular weight. Some other therapies aren’t amenable to being dosed intranasally, but intranasal modalities have also found favor as a strong dosage form for certain vaccines, including COVID-19 vaccines intended to produce sterilizing immunity in patients, not just to reduce symptoms from an infection.

Typically, intranasally-dosed drugs are absorbed within 3-5 minutes, and bioavailability is high, with direct delivery to the cerebrospinal fluid possible due to the nose-brain pathway which is accessed by this route. The nasal epithelium and rich intranasal vascularity (plexus) allows for rapid uptake and transit of topical drugs. Intranasals have had strengthened interest in the past decade as a noninvasive route of administration with expanding efficacy in getting drugs into systemic circulation.

Inhalers (metered-dose), nebulizers, and dry powder inhalers are used for pulmonary drug delivery, and benefit from the large surface area of the trachea and lung, as well as proximity to high levels of blood perfusion in the pulmonary system for quick systemic circulation. Pulmonary delivery of drugs has tended to result in shorter-acting effects for many drugs, and so nanoparticles are being explored and used to a larger degree to attenuate the drug effects for longer-duration and more targeted outcomes.

Buccal refers in Latin to “cheek,” or through oral absorption. Oral delivery through the mucosa has been somewhat effective, but there is lesser surface area for absorption, and the oral mucosa tends to be less-permeable than other routes of administration, thus limiting the types and numbers of drugs delivered in this way (buccally). It does have the benefit of avoiding first-pass metabolism and pre-systemic elimination.

For larger effects and more pronounced delivery of drugs, sublinguals are the oral delivery method of choice, owing to greater permeability by drugs and potential for effects. Sublinguals and buccal release delivery technologies have been employing newer coatings to alter the permeability of the oral tissues to the active drug molecules, as well as create more reliable and robust time-release effects.

Another delivery technology that results in systemic circulation without first-pass metabolism concerns, transdermals have evolved dramatically over the past couple of decades to provide very consistent dosing (and therefore more stable plasma concentration) over a long period of time.

Oral and parenteral dosage forms tend to have greater peaks and troughs in plasma drug concentration than transdermals, and gastrointestinal distress isn’t a concern when dosing through the skin. With transdermals, patient compliance also tends to be higher, such as with transdermal nicotine patches, which are some of the most effective smoking cessation modalities available compared with others methods such as gums, lozenges, and tablets.

Getting transdermal delivery technologies more consistent—across a range of skin types and with different molecular entities—have been a few of the innovations occurring in this area for future drug delivery. This is because the layer of skin called the stratum corneum (the outer layer) isn’t very amenable to therapeutic molecules passing through, so drugs have typically needed to be lipid soluble and of relatively low molecular weight. More recent advances include additional vehicle molecules in the preparation to disrupt the stratum corneum to allow for less lipid soluble molecules to pass through the skin more consistently. 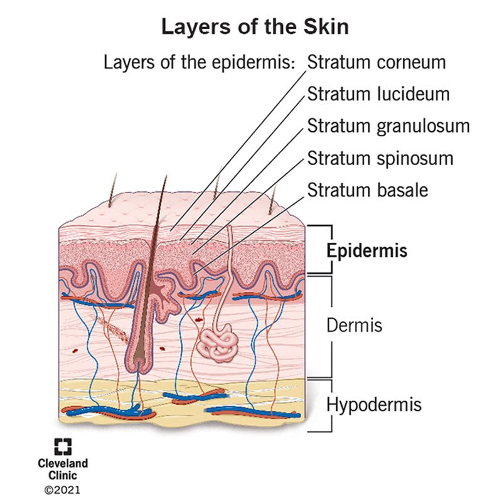 Liposomes
Liposomes are spherical vesicles that are encapsulated in one or more phospholipid bilayers. Liposomes allow for effective delivery of a payload of encapsulated compounds to target sites in the body, while at the same time minimizing systemic toxicity. Liposome technology has been around for several decades, and has progressed to “second-generation liposomes,” in which extended-release liposomes can be created by modulating the lipid composition, the size, and electrostatic charge of the vesicle. This allows drug delivery to occur over longer timescales. Liposomes have also evolved to be modified with surfaces containing glycolipids or sialic acid to actuate and attenuate their effects. Liposomes offer a favorable toxicity profile and immunogenic response. Major innovations in delivery through liposomes have occurred in oncology treatments, for example, for targeted drug delivery. 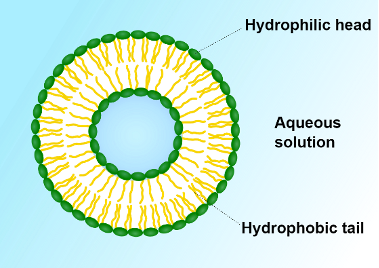 Parenterals/injectables
One certain way of bypassing the destructive effects of digestion and first pass metabolism has been to inject drugs into patients. USP 24/NF19 defines parenterals as, “Those preparations intended for injection through the skin or other external boundary tissue, rather than through alimentary canal, so that the active substances can be administered directly into a blood vessel, organ, tissue, or lesion.” Parenteral route of drug administration generally includes intravenous (IV), subcutaneous (SC), and intramuscular (IM).

Over the past decade, a lot of innovation has occurred with nanosuspensions and nanoemulsions for injectable therapies. Nanosuspensions are sub-micron colloidal dispersions of drug particles, whose molecules are stabilized with polymers and/or surfactants and suspended in an aqueous solution. This allows for the production of parenteral dosages which have enhanced bioavailability in cases where there is underlying poor inherent aqueous and lipid solubility.

Newer advances on this front include PLGA (poly lactic-co-glycolic acid) enhancers (such as in Implantable Drug Delivery Systems (IDDS)), which slowly release their drug cargo over time, thus allowing for controllable delivery effects in predictable ways. PLGA oncology therapies have been shown in small samples to have increased anti-tumor activity and potentially reduced adverse event profiles.

Just as biologics exert their effects on humans due to their recognition by the body and compatibility with various receptors, silica-based particles offer the opportunity to produce targeted effects in the body with little incidence of adverse events, as silica is found widespread throughout the body. The silica particles are created and modified to attach biologic molecules, which can then release antibodies over a period of (up to) months in vivo. These particles can also be engineered to be very small (< 10 nm, at the nanoscale) and have been created to be able to bioaccumulate their payload in, for example, tumor tissues.

As you may suspect, there is a potential for the particles themselves to elicit an immune response, so these innovative developments are also including, in some cases, stealth coatings to avoid provocation of an immunogenic response from the foreign bodies, so the particles can do what they do where they need to do it before they’re captured and destroyed by the body. 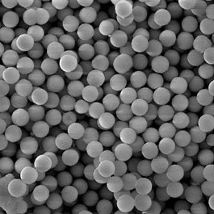 What is true with all of these delivery technologies is that innovation occurs in mechanisms of delivery itself, just as it does with the development of new molecular entities. It is a cross-disciplinary endeavor in the industry, where biochemists, data scientists, mathematicians, and pharmacokineticists optimize the properties of advanced formulations. Certain advanced treatments cannot yet be used at-scale because we don’t have methods by which to deploy the biochemistry in a precisely-targeted and effective way. So, the interplay between the discovery and development of the drug molecules, as well as the mode of delivery are together what will bring advanced therapies of the future to the public.

In all cases, drug delivery technologies represent the application of science to exploit physical mechanisms in biological systems to bring medicines to the place in the body where they can exert their effects—before the body has a chance to prevent that from occurring. We’re finding ways to outsmart Mother Nature and her defense mechanisms which were developed to keep us safe, and at every turn we re-recognize what a worthy opponent she is, even with the advances at our disposal of modern medicine.

References and Further Reading for a Rainy Day

Ben Locwin has been featured recently at Contract Pharma’s 2022 Annual Conference and Expo, and is a healthcare and biopharma executive. He has worked on drug and device development and also the innovation, selection, and use of drug delivery systems to maximize patient response to treatment for a variety of therapeutic areas, including oncology, immunology, neurology, dermatology, and ophthalmology.