Younger Smokers Are More Likely to Quit Than Older Smokers 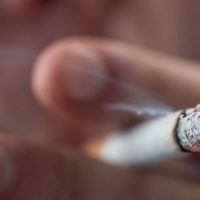 Younger smokers are more likely to try to quit smoking than older smokers. Not surprisingly, those who smoked less often were more likely to be successful. That’s according to a 4-country survey conducted between 2002 and 2014. The results of the survey were published in Addiction. The researchers analyzed survey results from 15,874 smokers in 4 age groups: 18-24, 25-39, 40-54, and 55+ years. The smokers participated in the International Tobacco Control Policy Cohort Survey conducted in Canada, the United States, the United Kingdom, and Australia. The […]