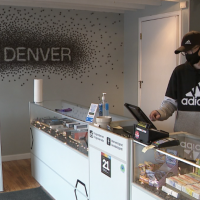 DENVER — A bipartisan group of Colorado lawmakers has introduced a bill to ban the sale of flavored nicotine products in the state. The bill comes in the wake of an attempt by the city of Denver to make a similar move that passed but was then vetoed by Mayor Michael Hancock. City council was not able to muster the votes to override the veto. In his veto explanation, Hancock said this was more of a statewide issue, since a ban in Denver would still leave the […]