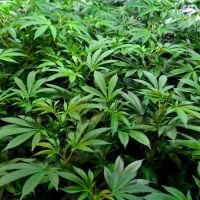 There is continued confusion around how to best define language that would clarify Boulder’s code regulating and taxing electronic smoking devices. After being directed to discuss the matter by Boulder City Council, the city’s Cannabis Licensing and Advisory Board on Tuesday agreed that it does not have a good way to distinguish between the various smoking devices. “CLAB doesn’t have a definitive test differentiating cannabis and tobacco vaporizers,” board member Brian Keegan said. This conversation began publicly last month when staff proposed a code change that would […]