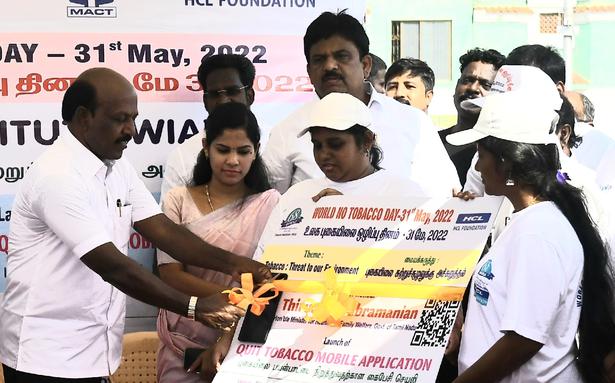 Cancer Institute (WIA) has designed a free mobile application, Quit Tobacco, to support persons in their attempts to abstain from the use of tobacco.

Health Minister Ma. Subramanian launched the application on the occasion of World No Tobacco Day on Tuesday.

According to a press release, an estimated 28,64,400 persons, aged 15 and above, use tobacco in some form in Tamil Nadu. Of them, almost 50% are concerned about their tobacco usage. But only 38.9% take active steps to quit, while the rest are unable to take a decision or do not know how to go about it.

The application was designed on the basis of the lack of motivation among tobacco users to approach cessation centres. It was customised to support each of its members in attempts to abstain from tobacco. Based on scientifically validated screening tools, the application assesses the users’ level of dependence and stage of motivation to quit. It also keeps track of the financial expenditure on tobacco products and savings once they start abstaining from tobacco.

The platform provides descriptions of the level of dependence and offers tips on how to manage withdrawal symptoms, stay away from substance use and prevent relapses. After the quit date is chosen, the application constantly reminds, supports and guides the client through the journey towards cessation. In addition to self-help tips and quitting strategies, WhatsApp consultation is available, the release said.

The app has been completed till the first phase and the upgrade to the second phase is under way. This was the only tobacco cessation application available in Tamil, the release said.

According to the Madras Metropolitan Tumour Registry, tobacco use is responsible for 43% of male cancers and 16% of female cancers. These are responsible for cancers of oral cavity, tongue and throat that together constitute about 20%-30% of the cancer burden among Indian males.

Though the overall prevalence of tobacco use came down from 16% in 2009-2010 to 5.2% in 2015-2016 in Tamil Nadu, the use of smokeless form of tobacco (10.6%) among adults in the State was higher than that of smoking (10.5%). This indicated that the prevalence of smoking reduced considerably owing to increased awareness, whereas the use of the smokeless form of tobacco was still higher in parts of the State despite the ban on the products.

In addition to the launch of the mobile application, Cancer Institute organised a sand sculpture event to promote awareness of the ill-effects of tobacco on Elliot’s Beach. A campaign at nearly 20 signals across Chennai was also held. 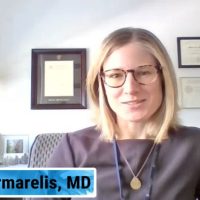 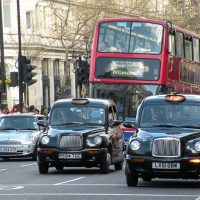 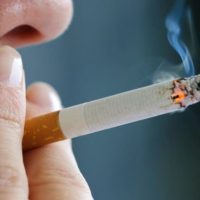 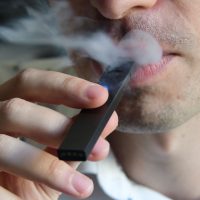