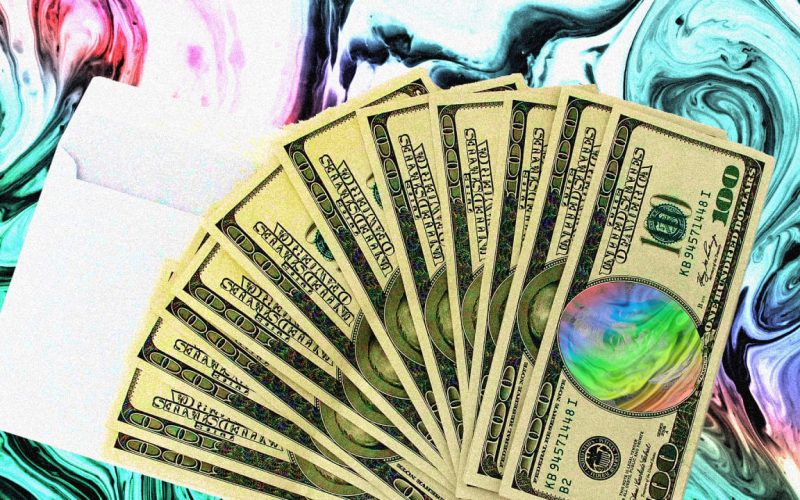 Psychedelics, long stigmatized as risky recreational drugs, are finally finding a place in polite society. More and more research from prominent institutions such as Johns Hopkins suggests that such drugs, in the right formulations and with supervision, can bring about therapeutic breakthroughs in patients, notably in those that have proven to be resistant to other types of treatment.

Venture capital firms have taken notice—pouring money into startups developing psychedelic treatments for everything from PTSD to smoking cessation. A January analysis by Business Insider identified 11 venture capital firms (most of them founded in the past three years) that have collectively invested roughly $140 million in the psychedelics category. Funding accelerated after psychedelic startup Compass Pathways raised $146 million in its September 2020 IPO and an additional $144 million in a secondary offering in April 2021.

And on Thursday a group of mid-tier VCs (and a group of angels) announced an investment of $11.5 million in a small biotech company called MindState Design Labs, which is creating therapy drugs based on psychedelics. The funding round in MindState, which exited stealth mode Thursday after a stint in the Y Combinator startup accelerator, was led by Initialized Capital, and included money from Metaplanet Holdings, Day One Ventures, Negev Capital, K50 Ventures, Page One Ventures, and a group of angels.

MindState founder and CEO Dillan DiNardo tells Fast Company his first product is based on the design of MDMA, or ecstasy, and is meant for people suffering from treatment-resistant post-traumatic stress syndrome (PTSD). MDMA-based drugs aim to remove the mental barriers that prevent patients from talking openly about the root causes of their PTSD.

“It’s creating this state of mind–the technical name is the entactogenic state–that’s characterized by a reduction in fear, this feeling that all is well with the world,” says DiNardo, who cofounded the company (with evolutionary biologist Tom Ray) in 2021 after working as an investor in biotech companies at UPMC Enterprises in Pittsburgh. “It creates an overwhelming feeling of empathy and the ability to safely contemplate mental pain.”

In May the journal Nature published the results of a Phase-III clinical trials study of MDMA-assisted therapy, and the results were startling. After three MDMA-assisted sessions, more than two-thirds of patients with severe PTSD saw their symptoms reduced to the point where their condition no longer met PTSD diagnostic criteria.

Unfortunately, psychedelic drugs can come with some considerable side effects, including fatigue, irritability, depression, and anxiety, which can become more pronounced with repeated use. MindState believes its MDMA-based drug will minimize the negative side effects, making more treatment sessions–and faster relief for the patient–possible. It could also open the door toward the use of MDMA-based drugs for treating other types of mental disorders. DiNardo says its drug will enter clinical trials next year.

MindState is starting with its MDMA-based drug, but intends to create designs based on other drugs in the psychedelics family. Psilocybin (the hallucinogenic agent in “magic mushrooms”) is currently the focus of much of the research on psychedelics because of its ability to induce an “ego loss” state.

“It’s an oceanic boundlessness state where the patient loses this ‘I am a separate entity from the rest of the world,’” DiNardo says. “It’s a profound state that can have enduring consequences that are very positive across the board when you look at treatment outcomes in addiction, depression, and anxiety.”

“What we’re doing is designing . . . psychedelic states, other forms of consciousness that are very different from normal waking consciousness that can be applied in specific therapeutic settings,” says DiNardo. He stresses that his company uses many types of data, including biochemical and anecdotal experience information, to carefully design the desired mental state. It then uses AI to find the combinations of molecules that interact with brain receptors in a way that safely induces the desired state.

The federal Controlled Substances Act of 1970 outlawed psychedelic drugs such as LSD and magic mushrooms, and put barriers in place to prevent research into the potential clinical uses of the compounds. Despite that, psychiatrists have been using small doses of psychedelic drugs to enhance cognitive therapy since the 1970s, and perhaps before. With the development of new, safe drugs that are more carefully tailored in-office use, the practice could become more common.

DiNardo says the Food and Drug Administration has shown an interest in working to approve psychedelic-based drugs. The FDA has encouraged research by granting psychedelics “breakthrough therapy” status, a designation that accelerates the path to drug approval. And it’s been edging toward approval of psychedelics, with support for class-adjacent drugs like ketamine. In 2019 the agency approved esketamine (brand name: Spravato) for use with treatment-resistant depression. More recently it gave the Peter Thiel-backed German psychedelics startup Atai Life Sciences permission to bring a nonpsychedelic form of ketamine into clinical trials for the treatment of treatment-resistant depression.

State legislatures have begun altering the law to allow psychedelics for clinical use. Oregon passed a law that legalizes the production, sale, and use of psilocybin (magic mushrooms) at licensed facilities starting next year. Washington is considering a similar bill that would legalize the administration of psilocybin within clinical settings.

“Mental health is by far the biggest market in the life sciences, far bigger than cancer or cardiovascular disease,” DiNardo says. Currently there’s a 3-1 ratio between disease burden (how much it costs societies) and the level of healthcare spending on the problem, he says, a ration that should be one to one.

“What that tells us is if we actually do develop medicines that are curative, that market could very quickly expand,” he says.