Other Notable Health Studies & Research From May 12, 2022 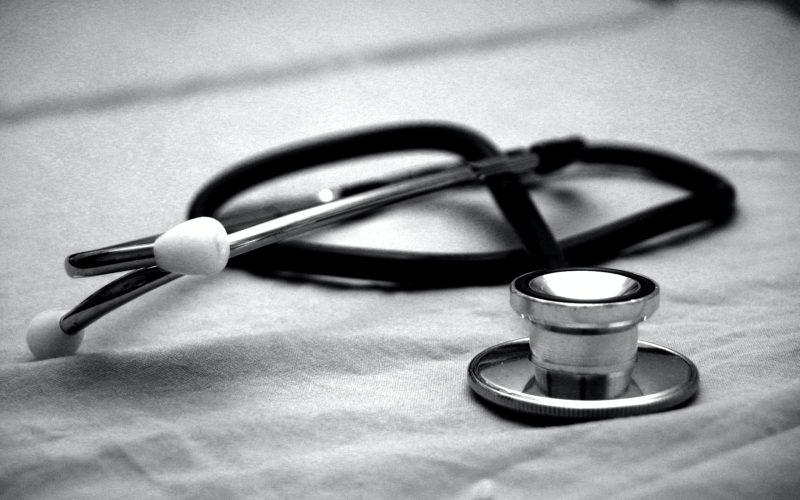 Perspectives on Racism in Health Care Among Black Veterans With Chronic Kidney Disease
In this qualitative study of 36 Black veterans with chronic kidney disease, participants described feeling angry and resentful and experiencing stress as a result of encounters with racism; some veterans also expressed a strong sense of distrust in the health care system coupled with a need to be hypervigilant during clinical encounters.

Laboratory-generated mini-kidneys help understand the link between diabetes and COVID-19 disease
In an international collaboration, researchers led by Nuria Montserrat, ICREA Research Professor at IBEC, have generated human mini-kidneys that simulate the kidney of a person with diabetes in the early stages of the disease.

Children With Autism Exhibit Typical Joint Attention During Toy Play With a Parent
Young children on the autism spectrum achieved joined attention similar to that of a neurotypical child when playing with their parents.

Can pickles increase the health benefits of sour cream
A new study in the Journal of Dairy Science® determined that adding pickled cucumbers to sour cream can improve its antioxidant properties and enhance its health-promoting activities.

Seven out of ten patients with non-alcoholic fatty liver disease feel stigmatized
About seven out of ten patients (69%) who suffer from non-alcoholic fatty liver disease (NAFLD) perceive some stigmatization in their daily life, according to a study led by a team of the University of Barcelona, the Liver and Digestive Diseases Networking Biomedical Research Centre (CIBEREHD), the Hospital Clínic de Barcelona and the August Pi i Sunyer Biomedical Research Institute (IDIBAPS).

Video games can help boost children’s intelligence
Researchers at Karolinska Institutet in Sweden have studied how the screen habits of US children correlate with how their cognitive abilities develop over time.

Center creating lab-on-a-chip technology for medical tests wins $6.6 million in continued NIH funding
A research center based at the University of Kansas that develops rapid next-generation tests for a host of human ailments like cancer, stroke and COVID-19 recently earned $6.6 million in continued funding over the next five years from the National Institutes of Health’s National Institute of Biomedical Imaging and Bioengineering (NIBIB) as a National Biotechnology Resource (P41) Center.

5th annual mutational scanning symposium set for June in Toronto
The fifth annual Mutational Scanning Symposium, to be held in-person and online June 13 and 14 in Toronto, now has speakers confirmed.

People choose healthier food when with outsiders for fear of being negatively judged
New research, co-authored by Bayes Business School, found that that the presence of individuals from different friendship or social groups played a role in influencing consumers’ food choices.

An algorithm trained to detect unhappiness on social networks
According to William Glasser’s Choice Theory, there are five basic needs that are central to all human behaviour: Survival, Power, Freedom, Belonging and Fun.

Novel species of pathogenic bacteria of onion identified in Texas
While conducting the survey of bacteria in onions, a team of Texas A&M AgriLife researchers in Uvalde identified a new pathogen — a bacterial species now named for where it was found.

Dementia: Combination of “Feelings” and Measurements Suggest Alzheimer’s in the Early Stage
Subjective memory disorders in conjunction with conspicuous levels of beta-amyloid proteins in the cerebrospinal fluid are a strong indication of developing Alzheimer’s disease.

‘Nanobodies’ from Llamas Could Yield Cell-Specific Medications for Humans
In “proof of concept” experiments with mouse and human cells and tissues, Johns Hopkins Medicine researchers say they have designed tiny proteins, called nanobodies, derived from llama antibodies, that could potentially be used to deliver targeted medicines to human muscle cells.

Paris Redox 2022 World Congress will highlight recent research and medical advances in oxidative stress reduction, redox homeostasis, and antioxidants
Academic and professional researchers working in the redox science and medicine will present their newest discoveries and studies on redox in aging, immunity, ocular disorders, and fertility.

Nebraska-led project examines milk as possible cancer fighter
In a federally funded project, Janos Zempleni, a professor with the Department of Nutrition and Health Sciences, and Husker colleagues are pursuing a surprising way to use milk as the vehicle delivering cancer-fighting therapeutics to the brain.

Multiple Sclerosis Patients With Higher B Cell Counts Found to Have a Better Vaccine Response
Multiple sclerosis (MS) patients treated with Rituximab have better responses to the COVID-19 vaccine if they have higher B cell counts.

Review into pre-eclampsia care published
Researchers from King’s College London have published a review of care for women with pre-eclampsia in the New England Journal of Medicine.

When unconscious, the brain is anything but “silent”
The cerebral cortex is thought to be the seat of conscious processing in the brain. Rather than being inactivated, specific cells in the cortex show higher spontaneous activity during general anesthesia than when awake, and this activity is synchronized across those cortical cells.

The neurobiologist Catherina Becker receives Humboldt Professorship
Regeneration of the central nervous system, including the brain and spinal cord, has been the central focus of Prof. Becker’s career.

Understanding the biology and possible biological treatments of cartilage for osteoarthritis of the knee, using computational modelling
The Biomechanics and Mechanobiology area of UPF’s BCN MedTech research unit is developing a computational model of the regulation of proteins by chondrocytes, a type of cell found only in cartilaginous tissue.

‘Virtual clinician and coach’ to help young people with chronic pain
Curtin researchers will develop a system that uses artificial intelligence to provide fast and personalised care for young people living with chronic musculoskeletal pain, as part of a new Curtin-led project that has been supported by the Federal Government.

Distinct cellular receptor mutations influence the COVID-19 disease severity
A research group led by MedUni Vienna was able to demonstrate that distinct genetic variants of the CD16a antibody receptor are associated with the risk of severe COVID-19.

Fast-tracked: First in-human trial for aggressive brain tumors
A novel technology designed to precisely image aggressive brain cancers and guide treatment is being developed by the University of South Australia and Australian cancer diagnostic company, Ferronova, potentially helping thousands of people who are diagnosed with the deadly condition each year.

UTSW genetic study confirms sarin nerve gas as cause of Gulf War illness
Now researchers led by Robert Haley, M.D., Professor of Internal Medicine and Director of the Division of Epidemiology at UT Southwestern, have solved the mystery, showing through a detailed genetic study that the nerve gas sarin was largely responsible for the syndrome.

Common steroids after ‘long Covid’ recovery may cut risk of death by up to 51%
Researchers show that severe inflammation during hospitalization for Covid-19 increases risk of death within one year from seeming recovery by 61%.

Probe of DNA repeats reveals genetic link to schizophrenia
Researchers at The Hospital for Sick Children (SickKids) and Centre for Addiction and Mental Health (CAMH) have found that repeated DNA sequences in the genome may contribute to an individual’s risk of developing schizophrenia.

Hope for Europe’s 23 million acne sufferers as dermatologists identify possible link between key nutrient and skin condition / Akne Patienten zeigen erniedrigte Omega-3 Fettsäure Spiegel
Dermatologists in Germany have identified what could be a crucial link between acne and a deficit of omega-3 fatty acids.

Obesity in pregnancy increases risk of lifelong cardiovascular disease in offspring
Maternal obesity impairs heart health and function of the foetus according to a new study in mice. The study, published in The Journal of Physiology found that maternal obesity causes molecular changes in the heart of the foetus and alters expression of genes related to nutrient metabolism, which greatly increases offspring’s risk of cardiac problems in later life.