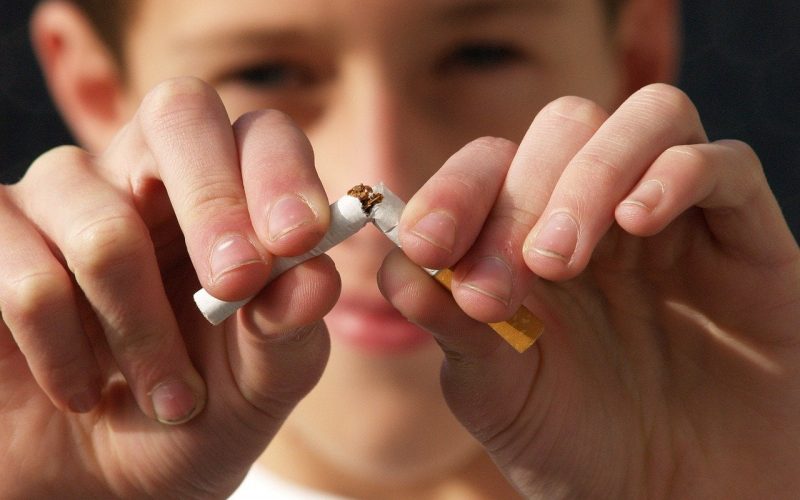 Israeli researchers have recently uncovered “concerning data” about the effects of secondhand smoking on the children of smokers and believe this information could persuade parents to stop smoking near their own kids.

According to the first-of-its-kind study, conducted by a group of researchers from the Sackler Medical School of Tel Aviv University, seven out of every 10 children of parents who smoke who participated in the research had nicotine residue in their hair.

The researchers sought to examine whether raising awareness of a child’s exposure by providing objective feedback could change the behavior of a child’s parents and the level of exposure for that child.

Approximately 140 Israeli families participated in the study where the adults were parents of children up to age eight, and at least one parent is a smoker. The smoking average per household was 15 cigarettes per day. One-third of the respondents reported that they smoke inside the home, and an additional third said that they are in the habit of smoking on the terrace but not inside the home.

The study was conducted under the leadership of a team of experts from the Tel Aviv University Faculty of Medicine headed by Prof. Leah (Laura) Rosen of the School of Public Health together with researchers Dr. Vicki Myers, Prof. Nurit Guttman, Ms. Nili Brown, Prof. Mati Berkovitch, and Dr. Michal Bitan. Prof. David Zucker of the Hebrew University of Jerusalem and Dr. Anna Rule of Johns Hopkins University in the US also participated in the study. The study was published in the prestigious journal, Nicotine & Tobacco Research.

“We’ve done a lot of research as a group,” Prof. Rosen tells NoCamels in an interview. “Parents had misconceptions about what being exposed meant.”

Prof. Rosen explains that most parents did not perceive certain elements and environments as “exposing their child to smoking.”

“They thought that if they smoked out of a window then the smoke would inevitably go out, although our findings found differently,” she says.

Prof. Rosen and her team understood that introducing a paradigm shift to the parents would be key in attempting to alter behavior. “We tried to disabuse them of misperceptions; 85 percent of the harmful smoke is invisible to the naked eye – and smokers generally can’t smell the smoke. If you use your senses to detect when the child might be affected then you will err. Objective measures of exposure to show the parents that the smoke actually reaches the children was necessary to affect their pattern of behavior.”

The team measured the nicotine, which is just one of the byproducts of tobacco among many other chemicals, in the children’s hair. Prof. Rosen explains that nicotine in the hair is what grows in the inner hair shaft and represents several months of exposure because it has been exposed and absorbed into the body.

In another approach demonstrating exposure, the researchers also tested the general air quality. “We used a little machine that measures particulate matter and recorded a result of PM2.5, i.e. small particles that enter into the lungs. Traffic pollution for example is PM10. We invited the smokers taking part in the study to smoke in their usual place – often on a porch but not always,” Prof. Rosen says. “Before they started smoking we tested the PM2.5 in the atmosphere and registered how it jumped when they started smoking. It was eye-opening for them to see that the numbers stayed high, even though the person was at least two meters away from the machine. They thought they had moved a ‘safe’ distance away because they could no longer see or smell the smoke but the effects were clear.”

The researchers then divided the families into two groups. One group underwent comprehensive instruction about the effects and dangers of exposure to smoking, including feedback and information about the test results, and were also given tools to protect their children from exposure to cigarette smoke and a recommendation to keep their home and car smoke-free. In this group, the study says nicotine levels in the hair samples dropped from 74 percent to 58 percent.

The second group received feedback about nicotine levels in the children’s hair after six months, at the end of the study and despite not receiving specific instructions, knowing that their children’s hair levels would be tested for the presence of nicotine, they also scored a reduction from 66 percent to 53 percent. The result appears to indicate that parents who smoke, intuitively know what they ought to do to lessen the risk of secondhand smoke affecting their children and that they can achieve similar results to those who are specifically instructed what to do.

The participants – in both the group where there was an intervention and a control set – were informed that they themselves could have the nicotine levels in their hair measured – both at the beginning and the end of the sixth-month study – to see if they had been exposed to secondhand smoke.

While the study was relatively limited in scope, Prof. Rosen assesses that the findings could have the potential for far-reaching changes – albeit with a requirement to undertake further research.

“Israel’s Health Ministry says that up to 60 percent of children are exposed to smoking; if we get parents in the gut… [because effectively no parent wants to be responsible for harming their child], perhaps we could change the exposure and begin to alter social norms.”

To that end, it might be that further research will show and follow-up consultations could likely suggest that as the presence of nicotine in a child’s hair is scientifically objective proof of possible harm, it could become part of the testing program that children go through during baby wellness visits. “If parents smoke it is likely to negatively affect their kid’s health – with an increased risk of asthma and SIDS, slowing lung development and the potential for life-long cardiovascular damage – and a study such as this could majorly affect people’s perceptions,” Rosen concludes.