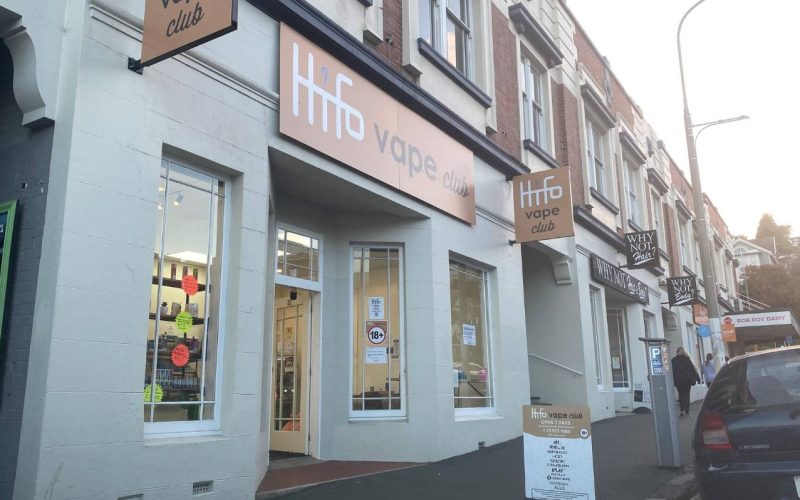 A new vape shop has taken down videos appearing to market its “yummy” products to students, but not before they attracted attention from young teens.

Hi-Fo Vape Club in Dunedin opened in March with the purpose, according to its website, of helping people quit smoking.

Videos were posted to its TikTok account with the tags #otagouni and #dunedin, and received comments from people under 18 years old.

In 2020, a new law banned sales of vapes to under-18s, and banned advertising by vape/e-cigarette retailers, manufactures and importers – bringing it closer in line with tobacco law.

The law aimed to prevent young people from being attracted to nicotine products. Most vapes had a sweet flavour and colourful packaging.

In Hi-Fo Vape Club’s first video, a person can be seen grabbing a handful of colourful, disposable vapes.

The voiceover and text says: “Omg, we have so many disposables. Who’s gonna help us get rid of all of these?”​

High schools are grappling with major issues among students addicted to vaping.

The video received three comments, including one from a girl asking how to get a vape. She wore a school uniform in her own videos.

Another comment tagged a person with “us”. The tagged person’s bio said they were 14.

A second video posted on Thursday showed the text “new hqd dispos[ables] just dropped”, then scanned a cabinet to show the flavours available in that brand.

Professor Janet Hoek​, who researches marketing and public policy, said moves had been made to regulate the vape industry, but more needed to be done to stop young people from picking up a nicotine dependency.

“The argument from people who sell vape products is that vaping is helpful for people who need to quit smoking. So why set up shop in areas where people haven’t been smoking for years?” she said.

She believed shops with significant disposable vape offerings could be disingenuous if they claimed their purpose was to help people quit smoking.

“People who quit want something durable, long-lasting, so that they don’t resort back to smoking.

“There is a big gap in the rhetoric we’re hearing and the reality we’re observing.”

Hi-Fo Vape Club had a membership system and a lounge area for customers to spend time in the store.

On Wednesday, across from displays of colourful vapes, many of which were disposable, there were beanbags, a table with magazines on display, a coffee machine, and a bluetooth speaker.

There was an unmarked fridge where people could buy soft drinks for as little as $1.

The shop itself was in what used to be the office of Dunedin North Labour MP David Clark​.

Clark said vaping was a useful tool to get people off cigarettes, but “should they be vaping more? No”.

Because the long-term effects of vaping were still being researched, the Government was taking a piecemeal approach to regulating the industry, Clark said. They wanted to respond to what was happening rather than make assumptions.

It was understood that vaping was not without harm, but was safer than cigarettes, so the Government’s focus was on ensuring the products were used as a tool to quit smoking, he said.

Hi-Fo Vape Club’s owner was unavailable to comment. The TikTok videos have since been deleted.

The Ministry of Health has been approached for comment.