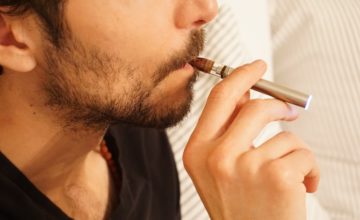 When President Biden signed the American Rescue Plan, he provided state and local governments over $350 billion in much-needed assistance. That money was supposed to kickstart local businesses. Instead, Governor Janet Mills and politicians in Augusta are using the money to cover themselves while knowingly destroying small business.

Right now, Governor Mills and members of the legislature are trying to pass LD 1550, a bill which would ban all forms of flavored tobacco sales entirely in Maine to curb smoking among children, so they say. In her latest budget proposal, she is allocating approximately $32 million to “replace” lost tax revenue from ending these sales.

The governor recognizes the economic blow of this policy, and is comfortable bailing herself out while leaving local businesses holding an empty bag. But she doesn’t care because it will supposedly help kids stop smoking.

Here’s the problem: Maine children aren’t smoking. The CDC Youth Risk Behavior Study of 2019 shows only 1.8% of high school students are frequent smokers. Anti-tobacco groups have tried to make stripping adult freedoms a race issue, but the facts don’t support that either. The same study shows only 0.5% of African American youth are frequent smokers.

That means LD 1550 is a solution in search of a problem. It would unfairly punish adults who should have a choice over the products they want, and would take away a critical revenue stream from many small businesses, like convenience stores, who already operate on thin margins.

According to data from the National Association of Convenience Stores, in 2020, fuel sales were down 15.4% year over year. The same study showed transactions inside the store were down 12.9%. Rather than using new funding to support local businesses who have struggled to remain open, Governor Mills is bailing out the state government coffers to make up for a policy that fails to achieve any real societal good.

We have spent years and invested hundreds of thousands of dollars to build our business, and we barely kept our doors open during a tumultuous 2020. Instead of supporting us, a local Maine business that sells age-restricted products responsibly, Governor Mills is cuddling up to big interest groups and out-of-state activists, like former New York City Mayor Mike Bloomberg. Put simply, LD 1550 and the $32 million state bailout is preposterous and hypocritical.

I urge lawmakers and Governor Mills to change course on this ban and this bailout, and I urge other small business owners to make their voices heard. It could be the difference between staying open or going bankrupt.