Bill on youth smoking ban to be tabled in Parliament in July, says Khairy | Malaysia 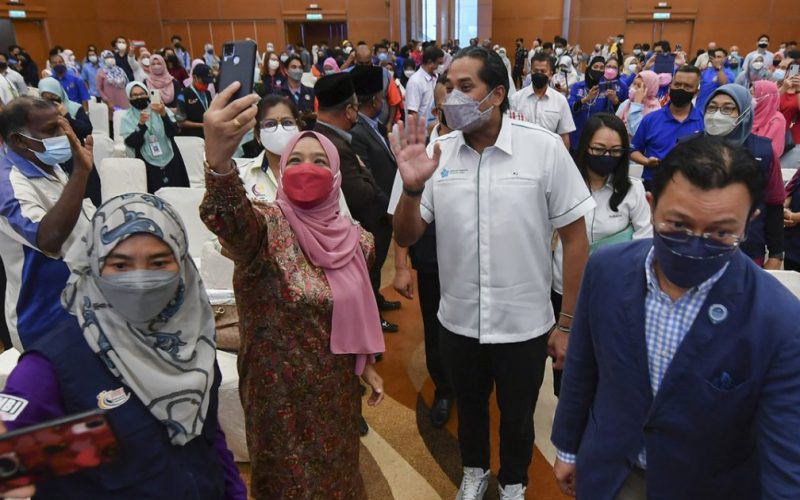 SEPANG, March 26 — A new law to ban smoking activities and the possession of any smoking products, including electronic cigarettes (vaping), for those who were born after 2005, will be tabled in Parliament in July, said Health Minister, Khairy Jamaluddin.

He said that the bill was currently being finalised by the Attorney-General’s Chambers.

“I think in one to two weeks it will be completed, and then I can present it to the Parliamentary Select Committee on Health and Technology,” he told the media after the launch of the national-level community health agent, MyCHAMPION, here.

On Feb 17, Khairy announced the introduction of the law, aimed at reducing the exposure of future generations to cigarettes and smoking products, because their consumption is a major factor in cancer incidence and accounts for 22 per cent of cancer deaths.

Earlier, in his speech, Khairy said that the introduction of the new law related to cigarettes was one of the efforts of the Ministry of Health (MOH) in intensifying the smoking cessation campaign among Malaysians.

“We will introduce a new law so that it is a legal offence to sell cigarettes to anyone born after 2005.

“Indeed enforcement will be a challenge. Nothing to stop these young people from asking adults to buy cigarettes for them.

“But I think this is the first step towards us ending smoking for a generation. It is a generational end game,” he said.

Khairy also asked MyCHAMPION volunteers to remind members of the public who are caught smoking in no-smoking areas.

“I don’t have enough enforcement officers to go to every restaurant to issue compounds to those who are still stubborn, and we can’t possibly conduct operations continuously.

“I ask MyCHAMPION to reprimand members of the public politely so that they no longer smoke in no-smoking areas,” he said.

Meanwhile, Khairy said that MyCHAMPION was a team of volunteers in the field, and acted as an agent to bring change in mindset and health behaviours to the community and indirectly help Malaysia enter the endemic transition phase.

He said that last year a total of 7,000 volunteers had been appointed under MyCHAMPION, and the ministry was targeting to appoint another 10,000 volunteers this year.

Khairy at the same time said that the MOH would launch a massive health screening campaign, involving 1.5 million people, this July, and the details would be announced soon. — Bernama