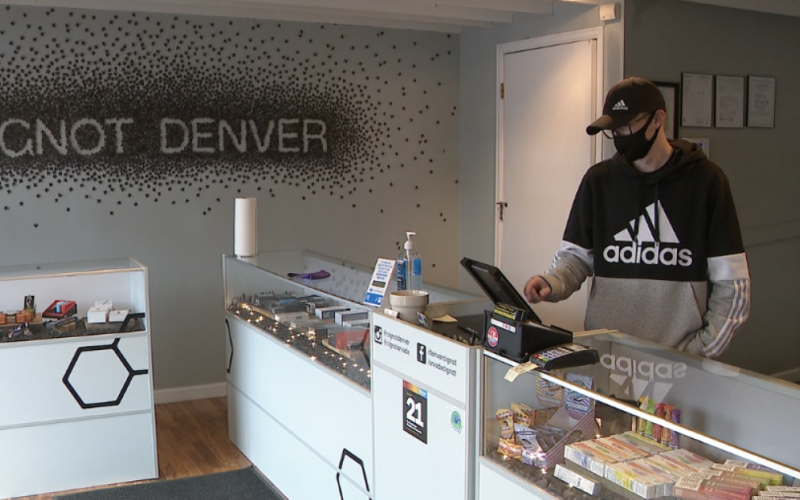 DENVER — A bipartisan group of Colorado lawmakers has introduced a bill to ban the sale of flavored nicotine products in the state.

The bill comes in the wake of an attempt by the city of Denver to make a similar move that passed but was then vetoed by Mayor Michael Hancock. City council was not able to muster the votes to override the veto.

In his veto explanation, Hancock said this was more of a statewide issue, since a ban in Denver would still leave the door open for people to drive to other nearby jurisdictions to buy the product.

“They obviously tried to address it in the city and county of Denver, and the mayor was very clear that he thought that this was a statewide issue, and so we took that to heart,” said Rep. Kyle Mullica (D-Adams), one of the bill’s co-sponsors.

Mullica and supporters of the bill say for too long, flavored tobacco products have been used to attract kids and teens to smoking.

“We see a whole generation now becoming addicted, and that’s unacceptable,” said Mullica. “So, we want to do something about it.”

While Mullica understands the argument about adult consumer choice, he says these products are getting into the hands of too many teens.

A second part of the bill calls for $10 million from the state’s general fund to go toward a grant program aimed at cessation efforts.

At Cignot Colorado vape shop on West 38th, co-owner Monica Vondruska is gearing up for another fight. Cignot was one of the 20 vape shops that fought against the Denver proposal.

“It’s been up and down, you know,” Vondruska said. “With Denver and mayor vetoing it, we did have a little bit of hope.”

Vondruska just signed a five-year lease on one of her stores. She estimates 95% to 97% of her business depends on the sales of flavored tobacco products. If HB-1064 passes, she doesn’t think her business, and roughly 100 others like hers, will survive.

“It’s kind of mind boggling how we’re just villainized when we’re trying to get people off combustible tobacco,” Vondruska said.

The business owner argues that along with personal choice, many adults use the product as a way to cut down on their tobacco use and eventually quit.

She says her store and many others have begun to voluntarily add additional security measures, like purchasing ID scanners to ensure authenticity.

Vondruska says she’s not opposed to more state regulation similar to cannabis dispensaries, but she opposes an outright ban.

“I think that if we were treated more like marijuana shops and if we had more reasonable expectations or regulations to stop minor purchasing, I think we should be treated fairly and the state shouldn’t pick winners and losers,” she said.

Vondruska points out that two doors down from her shop is a marijuana business that sells flavored products, gummies and more, so she doesn’t believe the bill’s focus is fair.

Already, she’s been down to the Colorado Capitol to try to make her case with state lawmakers. She’s hoping the legislation won’t go through in its current form.

The bill is headed to the House Health and Insurance committee first.